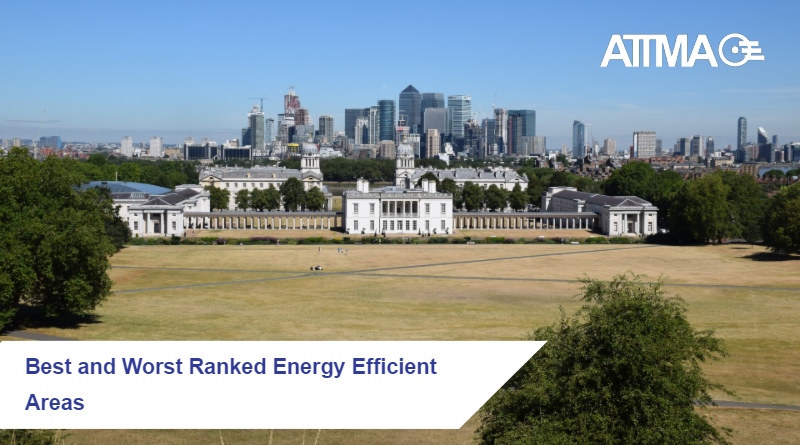 Figures have been released on the best and worst areas in England and Wales for energy efficiency.

Energy Performance Certificates (EPC) were analysed from over 15 million domestic properties which then enabled a ranking of the best and worst performing areas.

Surprising, and even though being one of the most expensive places to live, London is home to the most energy efficient properties in the country.

Tower Hamlets had 29% of A-&B- EPCs which was 10% off the next best. Tower Hamlets has been part of The London Plan and London Climate Change Action Plan which strives to make sure that the area has the highest of standards of energy efficiency in new builds. This is due to significant investment in London and Tower Hamlets from local governments. The areas around this too, also have the highest EPC rating with Greenwich having 19% of A-&B- EPCs.

Outside of London, Dartford in Kent, Uttlesford in Essex and Basingstoke & Deane in Hampshire were the top 3 with the most top-rate EPCs

Over a million dwellings across the UK (excluding Scotland) received an F- or G- rated EPC which made them the least energy efficient house across England and Wales.

The vast majority of the least energy efficient homes were in the west. This is because, due to the properties being exposed to wind and driven rain, they are not suitable for cavity wall insulation as this could cause damp and mould in the walls and in effect would cause health problems with homeowners.