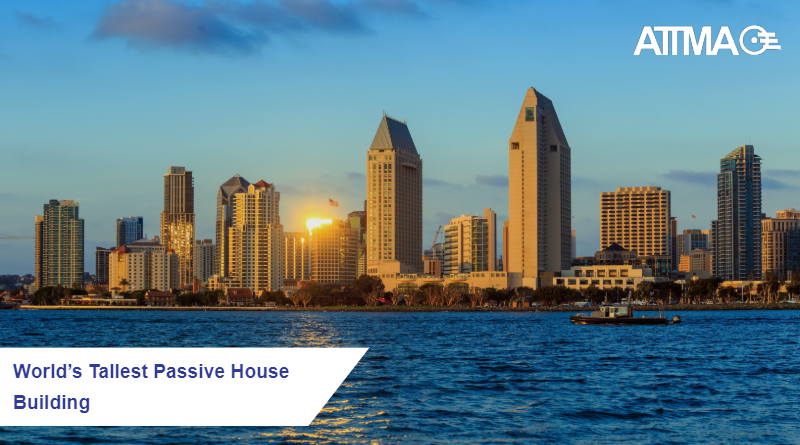 The world’s tallest Passive House project has been completed in Spain. The project includes an adjacent 9-storey building with 63 apartments, however the tallest tower, which is 32 storeys high, has been fully sold with residents already moving in.

The housing development, known as Bolueta, will consume about 90% less heating energy than a typical existing building and 75% less energy than an average new construction. This is due to the design of Passive House, with a high amount of thermal insulation, triple-glazed windows and an airtight building envelope which takes the place of a normal heating system.

Part of the challenge was to keep the project in budget and to use traditional materials. It is estimated that the cost of the Bolueta was approximately 12.5 million euros.

There are other high-rise buildings that are energy efficient using Passive House, in Vienna, New York and Germany. The Bolueta is two metres taller than the Passive House students’ residence at Cornell Tech in Mahattan, New York which opened in 2017.

This is great news for the future of Passive House showing that apartments as well as houses can be built using Passive House.