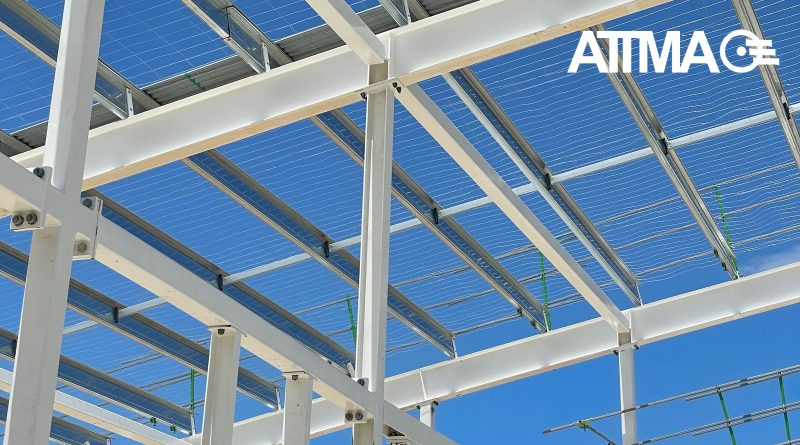 In late 2021, ATTMA surveyed its own Australia and New Zealand members about their experiences working on Green Star projects. All such testing so far has been under the original and Design & As-Built rating tools. While Green Star has been successful in encouraging a growing industry of building envelope commissioning professionals, there remain many opportunities for improvement. From ATTMA tester survey responses:

This last point is disappointing because since 2016, Green Star Design & As-Built requirements have stated that testing must be completed by an ATTMA tester or equivalent. Unfortunately, the requirement has been lightly enforced. Every member of ATTMA joined because they wanted to demonstrate their commitment to testing properly and with calibrated equipment. Many testers who only now are registering with ATTMA say they have been testing Green Star projects for years. Concerningly, some demonstrate gaps in knowledge that are standard parts of ATTMA curriculum, but we are glad they are joining.

Lax enforcement of quality testing has real-world consequences. More than half of ATTMA survey respondents say they have tested a building, and while it complies with Green Star, they have still observed large holes in the building envelope. Again, more than half say that even though they point out the leaks to the project team, the builder feels less pressure to fix the leaks because they have already met their obligations.

The ATTMA Lodgement database of Australian test data shows the results of this “good enough” approach. Consider a recent sample of three buildings of moderate size from the same site which achieved a permeabilities of 18, 19, and 19.5 m3·hr-1·m-2 @ 50 Pa. The maximum allowed in Green Star Design & As-Built is 20.0 m3·hr-1·m-2 @ 50 Pa.

The tester related to me that the results had previously been worse, but they had pointed out many problems to the builder before the final test. The builder fixed some problems, but because the results then technically complied with the maximum allowed, they stopped further sealing work. This poor threshold still serves as a finish line of sorts.

The target of 20 m3·hr-1·m-2 for Green Star Design & As-Built was presumably chosen to serve as a base level which no project should ever fail to meet. It is not good. For perspective, consider NCC 2019 Section JV4, which would require a permeability of 5.0 m3·hr-1·m-2 @ 50 Pa for these buildings in their climate zone. That’s right. The Green Star Design & As-Built threshold is four times worse than the optional JV4 path for those buildings.

The Green Star language always had admirable intent, which was to encourage more testing and industry development, and that has been successful. But there is a flipside to setting standards that are too easy: eventually they can be seen as an acceptable result. One Australian state, probably inspired by Green Star, has adopted similar language for their design guidance for schools. Any building greater than 2000 m2, must test and meet a permeability of 20.0 m3·hr-1·m-2 @50 Pa. This language is eerily similar to that in Green Star Design & As-Built v1.2.

If any project gets a permeability of 19 m3·hr-1·m-2, they should not feel like they have done a good job. On one project, a quick “red pen test” of the envelope showed some major gaps in design. A large disconnect between a roof air barrier and a wall air barrier is obvious on the plan. An ATTMA tester directed an inspection to this location. Going to the site, as expected, the gap in design became a gap in reality.

How was the problem fixed? It wasn’t. The project team did more research and realised that their project technically sits under a former version of design guidance, which does not require testing, so they simply won’t test. Even though an ATTMA tester is eagerly warming up their fog machine to show these massive leaks with the blower door, they won’t get to test this one. No one cares because they’re not required to care.

In Green Star Design & As-Built, there is no requirement in that anyone must fix or even acknowledge problems that are found during testing. In ATTMA survey responses, almost 70% were concerned that they weren’t required to create any defect reports or show them to designers. Design is where problems can most cost-effectively be addressed before they are built.

These are all sobering problems, but consider how Green Star Buildings is addressing many of them. The example above is originally a design issue. Green Star buildings requires attention early in the design process for building airtightness. Airtightness specification is mandatory. Plan reviews are mandatory. Inspections are mandatory. Testing, even small-scale, is mandatory. Acknowledgement by the project team that they have actually viewed faults? Mandatory.

This is the stuff that will change the industry. What Green Star Buildings has established is a framework for progress. One change that disappointed many ATTMA testers was that a mandatory maximum air tightness target was gone. They expressed concern that, without any limit, projects could choose an easy target for themselves and not be penalised.

However, there are reasons why setting a weak target for a oneself is unwise. The first risk obviously is being delivered a bad building. But even before that, when a poor number is entered into an energy model, it harms performance, requiring other potentially more costly efficiency measures to compensate. Green Star could formalise this feedback loop by requiring that airtightness is accounted for more directly in a model. By requiring declaration of the target early on, it sets expectations.

For years, the market has slouched towards token “compliance” gestures to satisfy Green Star. Sometimes this meant testing only the top floors of an enormous building to the ridiculously easy leakage target. Testing only a small portion means taking numbers out of context, which creates another perverse outcome. It makes about as much sense as testing one bedroom in a house and claiming that it is as tight as a Passive House. Passive House would not tolerate such nonsense.

Testing only a portion of the building creates technical problems as well. Such a test ends up including leakage from neighbouring internal spaces, not what the test is designed to measure. The ironic thing is that, because of this interfering leakage, numbers often look worse than if a proper whole-building test was done.

ATTMA can provide Green Star Professionals with guidance to more clearly enforce existing Design & As-Built requirements. Those are, “The sample areas tested must include the upper most occupied floor of the building, and be representative of the external envelope construction, including different façade types and building geometries, for the building as a whole. The methodology used to select the sample area and the extrapolation of results for the whole building must be outlined in the submission.” When the only part that is enforced is the requirement to test the top of the building, the test loses relevance.

Green Star Buildings is trying to restore the legitimacy of this quantitative measurement. This unlocks the real market mover: peer pressure. By emphasising whole-building leakage targets and measurement, project teams can now compare on the same basis. More importantly, when a project team declares a permeability of 5.0 m3·hr-1·m-2 @ 50 Pa but the builder only achieves 10, the builder is going to look bad! There is a huge incentive to not disappoint.

Because whole-building testing is still not mandatory, Green Star Buildings still has room to move the market in a big way. They do require declaration of Design Air Permeability, but still only require mandatory testing of a small portion of the building. They could give additional credit if a project tests the whole building and achieves that target. They should allow a project to:

Now, to fix the outdated Green Star Design & As-Built approach, GBCA should allow projects to use the same commissioning framework from Green Star Buildings. This is a stretch above the existing Design & As-Built requirement, which is currently to test a tiny portion of the building and accept even a poor result. There is no requirement for plan reviews, documentation of faults, or record of acknowledgement. It’s not good but it’s cheap.

Then what is the incentive to use the more involved Green Star Buildings approach instead? GBCA should give Innovation Points to Design & As-Built projects for declaring a Design Air Permeability, doing a whole-building test, and achieving the target. Get rid of the target of 20 or whatever because it is only a distraction. Focus on learning and accountability and a feedback loop that works:

What makes this attractive for a Design & As-Built project? For the first Innovation point, the Design Air Permeability target is self-declared and could be easier than the prescriptive targets in the existing tools (Table 2.2.1 in v1.3). For the second Innovation point, the target of 5.0 m3·hr-1·m-2 @ 50 Pascals is less stringent than many of the targets in the table as well. However, because this whole process is more in line with the NCC, it should be encouraged because it nudges the market along.

What if a v1.2 or 1.3 project is too far along to change the design? There is still an opportunity. As in Green Star Buildings, do the whole-building test, document the leaks, trace them back to design, and verify the project team understands how the design could improve.

If you have a project that would like to propose whole-building testing to qualify for Innovation Points in Green Star Design & As-Built, or Leadership Challenge points in Green Star Buildings, please contact sean.maxwell@attma.org. 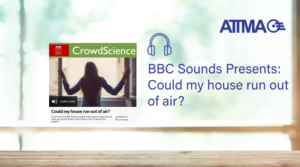 Could my house run out of air?

BBC World Service CrowdScience have produced the following podcast which is now available on the BBC website.https://www.bbc.co.uk/sounds/play/w3ct3j7x The podcast follows 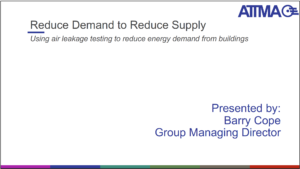 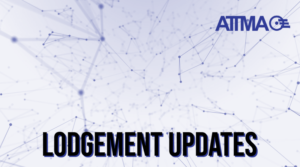 Update Details Made improvements to the file upload system Added a button and a small file drop area.File drop areas